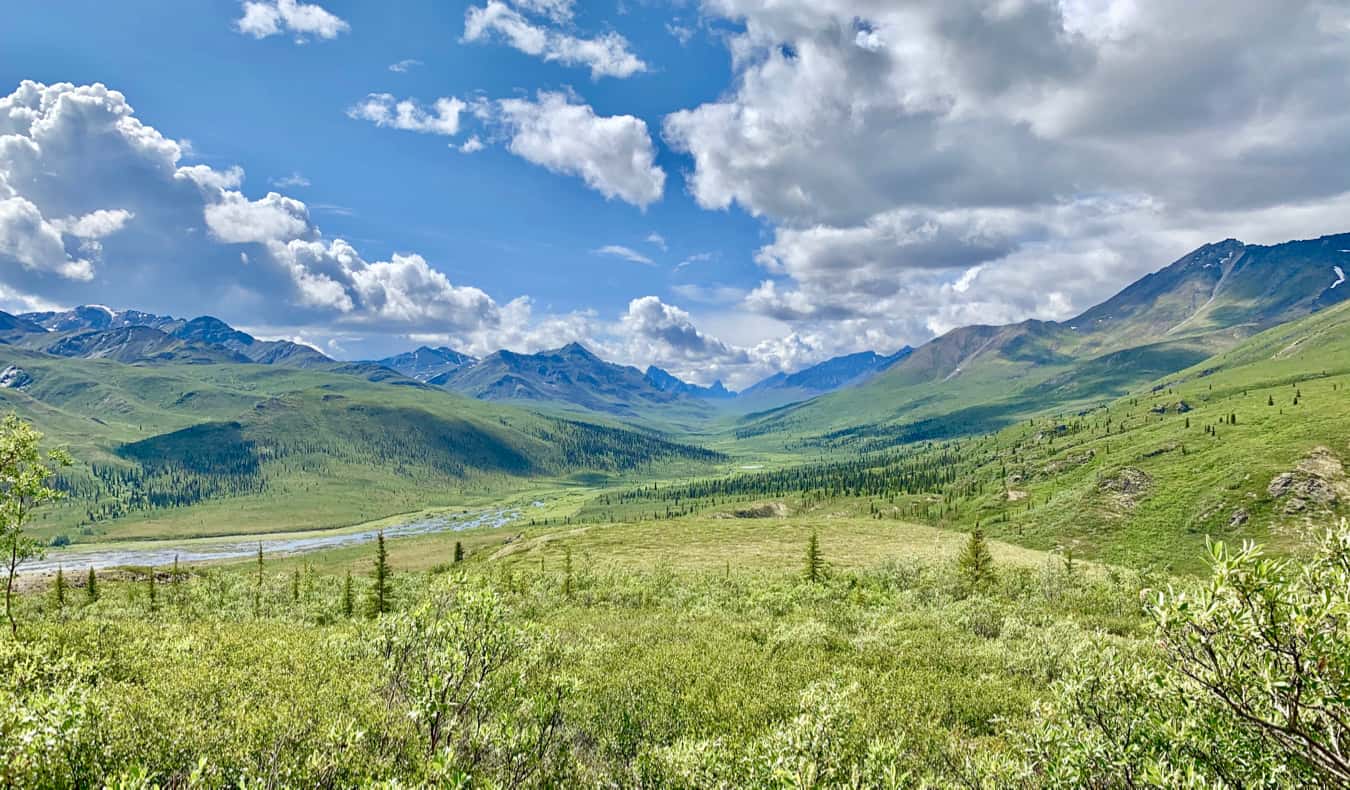 Canada is home to some of the most pristine and unspoiled landscapes in the world. One of the country’s most scenic regions is the Yukon. In this guest post, writer Ethan Jakob Craft shares his tips and advice to help you road trip the region on a budget.

Tucked away in Canada’s northwestern corner is the Yukon Territory, a veritable paradise home to just 35,000 people and endless top-notch wilderness. The Yukon is dominated by thick boreal forest in the south and treeless tundra in the north and dotted with rugged peaks and lakeside beaches in between.

I first visited the territory at age 7 as a half-day shore excursion on an Alaskan cruise (yes, the border really is that close), and didn’t know what to make of it. But returning as an adult, it blew my expectations away.

Due to its sheer size and limited public transit options, I found the Yukon to be an ideal place for a Canadian road trip. Two weeks is perfect for covering the best of what the territory has to offer by car, taking you to both historic towns and untamed wilderness.

With a little bit of northern know-how, I took a summer road trip there on the cheap, and you can too using this handy guide that includes all of the territory’s most famous sights (plus some off-the-beaten-path excitement, too!).

Almost all travelers start their journey in Whitehorse, which is both the Yukon’s capital and largest city, accounting for roughly 70% of the territory’s total population. All major highways pass through here, most rental car agencies are headquartered here, and its Erik Nielsen International Airport offers direct flights to all over Canada, to Alaska, and even to Frankfurt, Germany.

I’d liken Whitehorse to an Austin or Portland of the North; it’s one of the hippest cities I’ve seen in Western Canada. With three days to enjoy, here are some things to do:

Tip: Get gas before leaving major population centers. Not only can it be up to 50% more expensive at smaller stations in the backcountry, but you don’t want to risk running out of fuel in the Yukon wilderness. In the far north, you can drive hundreds of miles between gas stations, so fill up wherever you can. 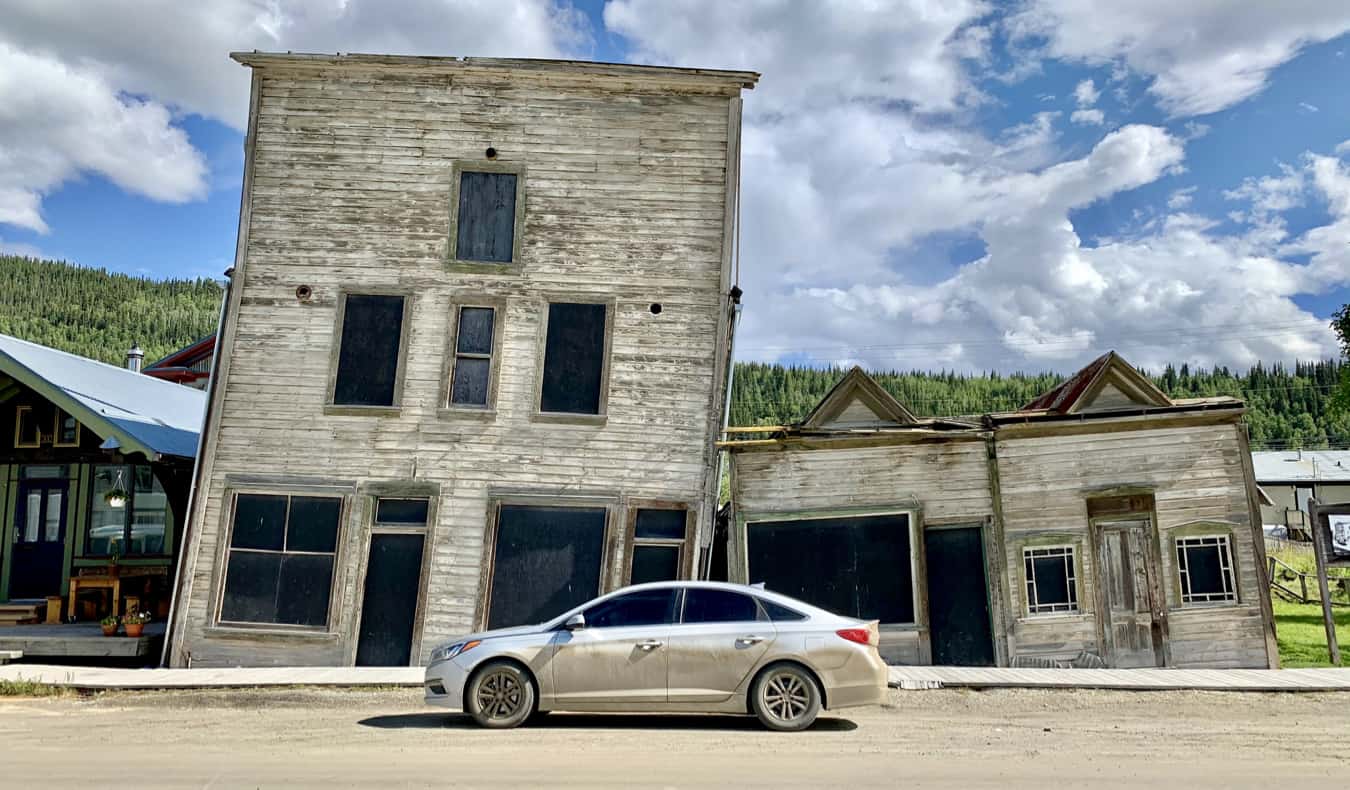 At the height of the Klondike Gold Rush in 1898, Dawson City boasted a population higher than the entire Yukon Territory has today. It’s a textbook boomtown and has preserved its heritage well, maintaining its authentic dirt roads, wood plank sidewalks, and turn-of-the-century buildings.

The drive to Dawson City can be done in as little as five hours from Whitehorse, but that’s without accounting for the numerous viewpoints, roadside hikes, and likely construction delays en route.

Here are a handful of things I’d recommend during your first of two stays in Dawson: 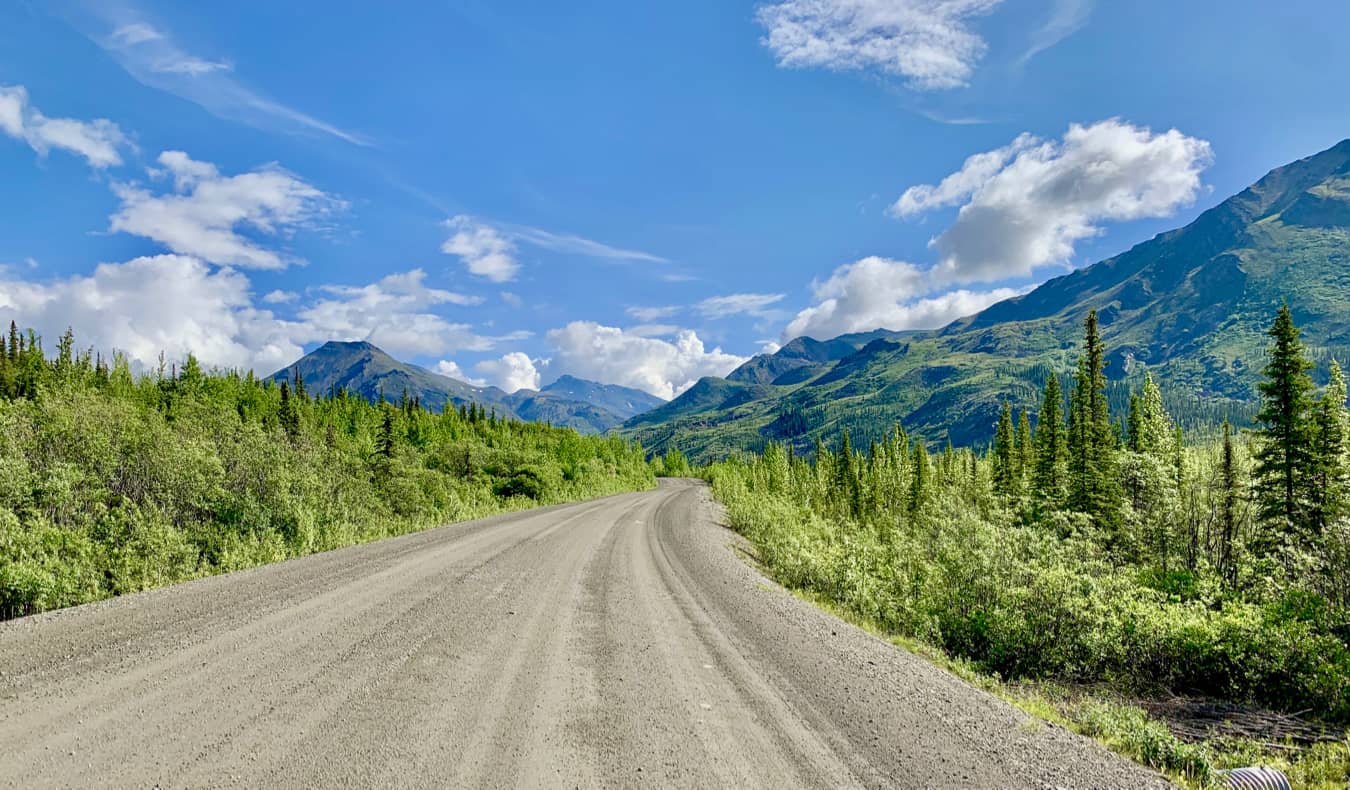 Now the real adventure begins. You’ll find the start of this 571-mile highway twenty minutes east of Dawson City, taking you all the way from the Yukon’s interior to the Arctic Ocean in the Northwest Territories.

The Yukon portion of the highway runs for about 300 miles (482km) through the Tombstone mountain range and endless pristine wilderness, crossing the Arctic Circle. While the drive was tough on both me and my vehicle, the sights and experiences along the way were worth it:

Tip: Prep your car! I cannot stress this enough: the Dempster Highway will batter your car, no matter how rugged it is. Axle-snapping potholes, shredded tires, and broken windshields are not uncommon. At best, you’ll get away with a layer of inch-thick mud. Experienced truckers recommend having at least one full-size spare tire, road flares, a satellite phone, and a 4×4 vehicle (though I did it with no issues in a four-door sedan). Check road conditions here.

Note: If you’re renting a car for your Yukon trip, make sure you are allowed to take it on the Dempster Highway — and any other unpaved roads, for that matter. Due to the route’s rough nature, some rental agencies charge an additional fee for Dempster driving, while others ban it outright. 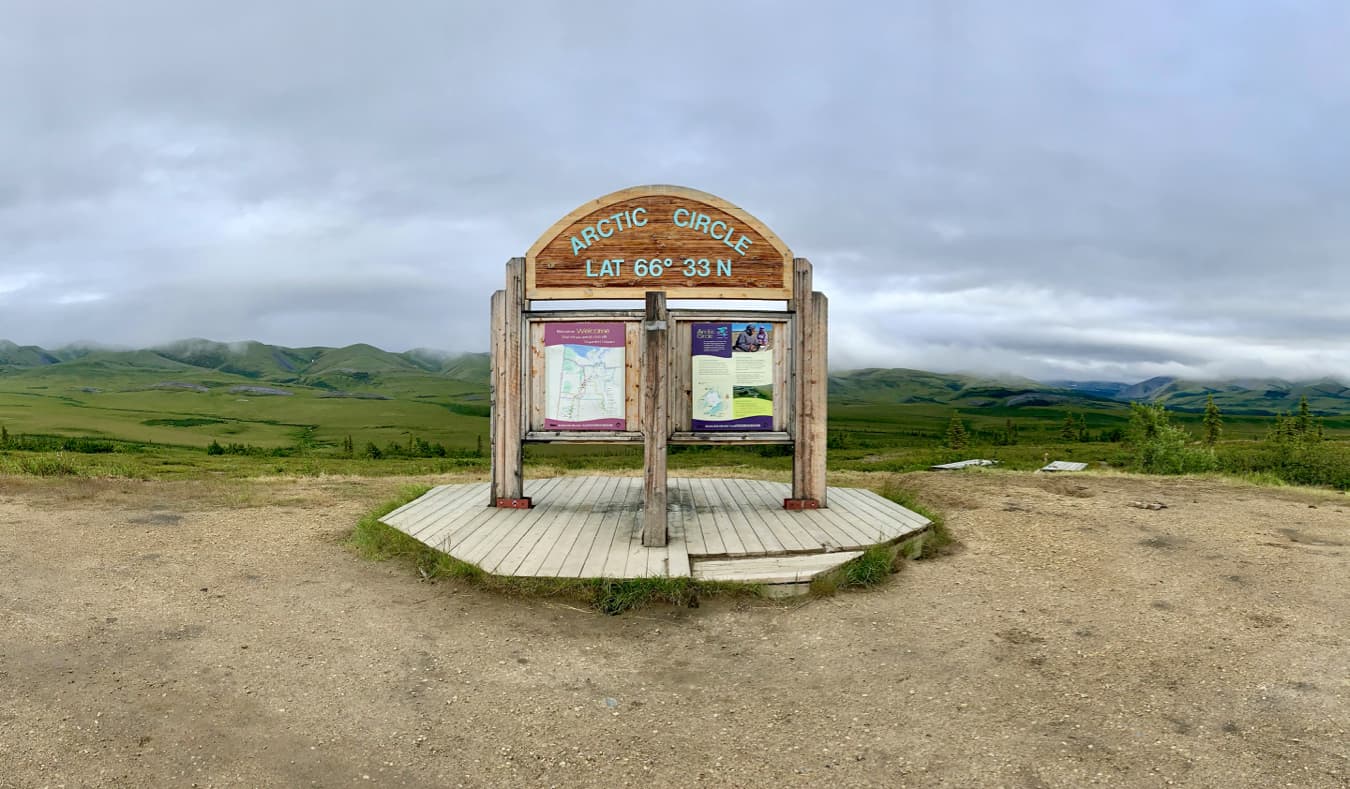 After a few days on the Dempster Highway, nothing felt better than returning to paved roads. While Dawson City is small by any standard, with just roughly 1,500 residents (it’s not even legally a “city” anymore), there is plenty to do here to occupy four days, broken up into two two-night segments. Upon your return to this historic town, here are some activities to make the most of your stay: 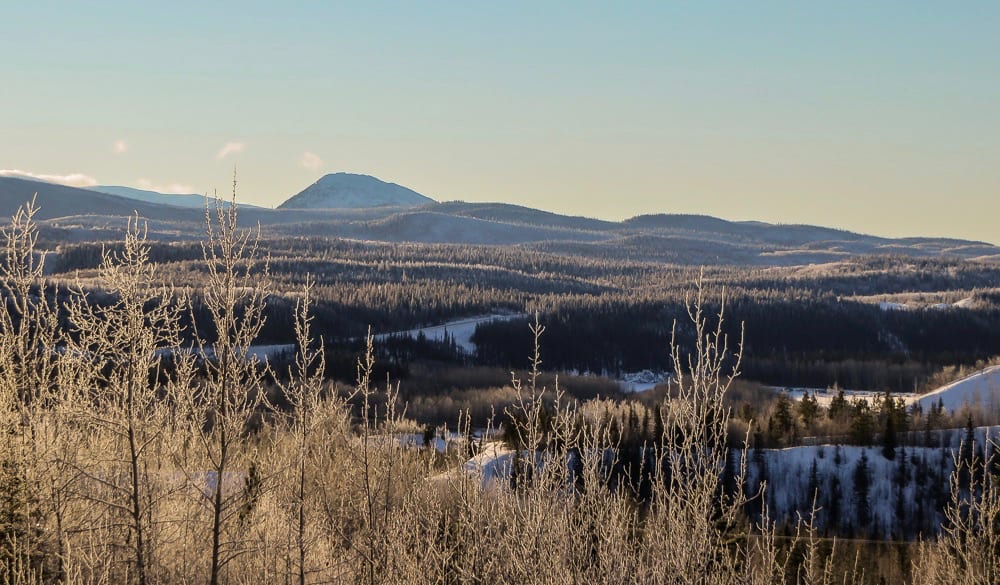 Due to the sparse layout of highways in the Yukon, road trips here can involve a lot of backtracking. But don’t worry, there’s a little-discussed secondary route that eventually leads back to civilization: the Campbell Highway.

Cutting through some of the most unspoiled scenery in North America, this road is arguably more remote than the Arctic Dempster Highway — and depending on weather conditions, it can be even more of a challenge.

After a long day’s drive in the backcountry, your best choice is to overnight in Faro, a small mining community named after a card game. Here are some things to check out: 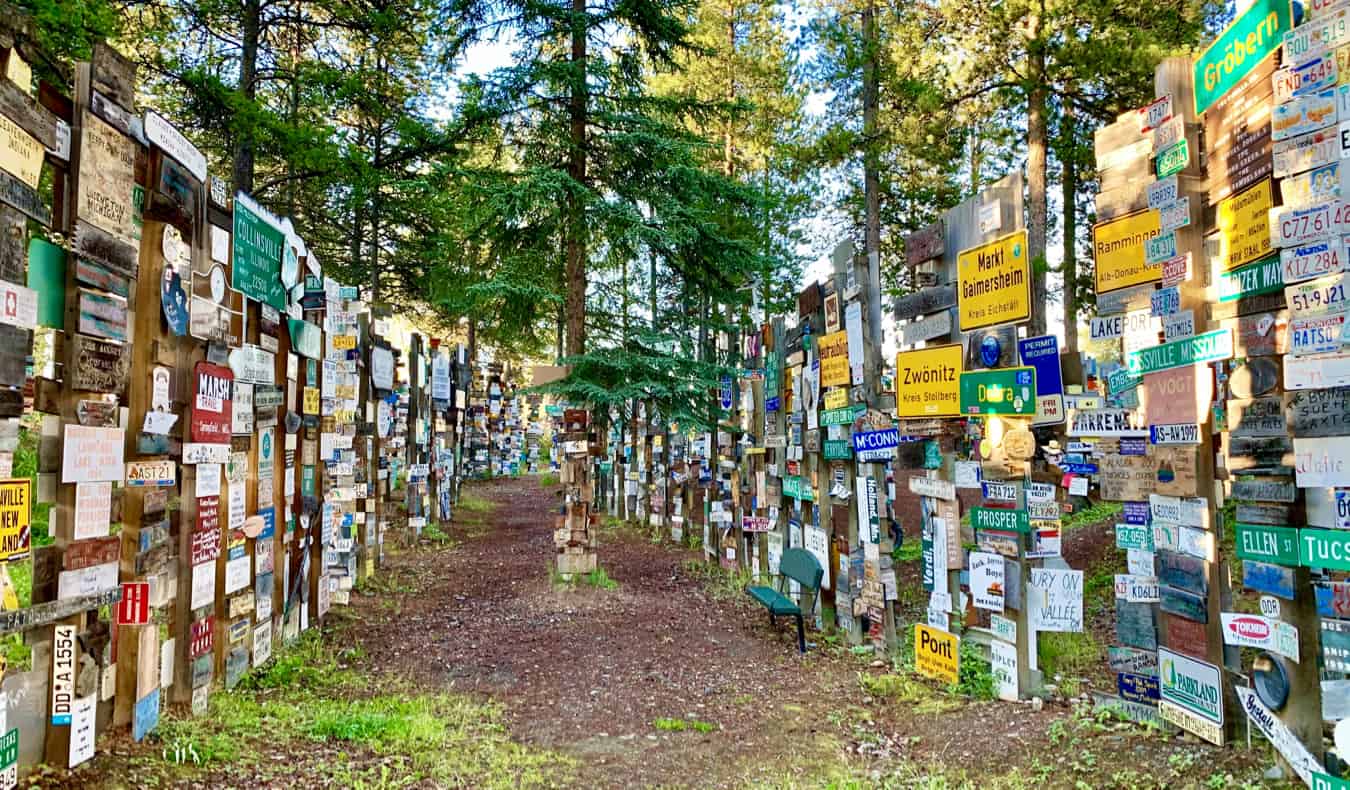 After conquering the remaining five hours of Campbell Highway between Faro and the Alaska Highway, return to pavement once and for all in Watson Lake, a small settlement just north of the British Columbia border. While this remote shred of civilization is hardly bustling, it’s the ideal place to recharge with a warm bed, decent cell phone reception, and a good meal (like the best Chinese food in the Yukon — trust me, I tried almost all of them). Check out some of these attractions in the region: 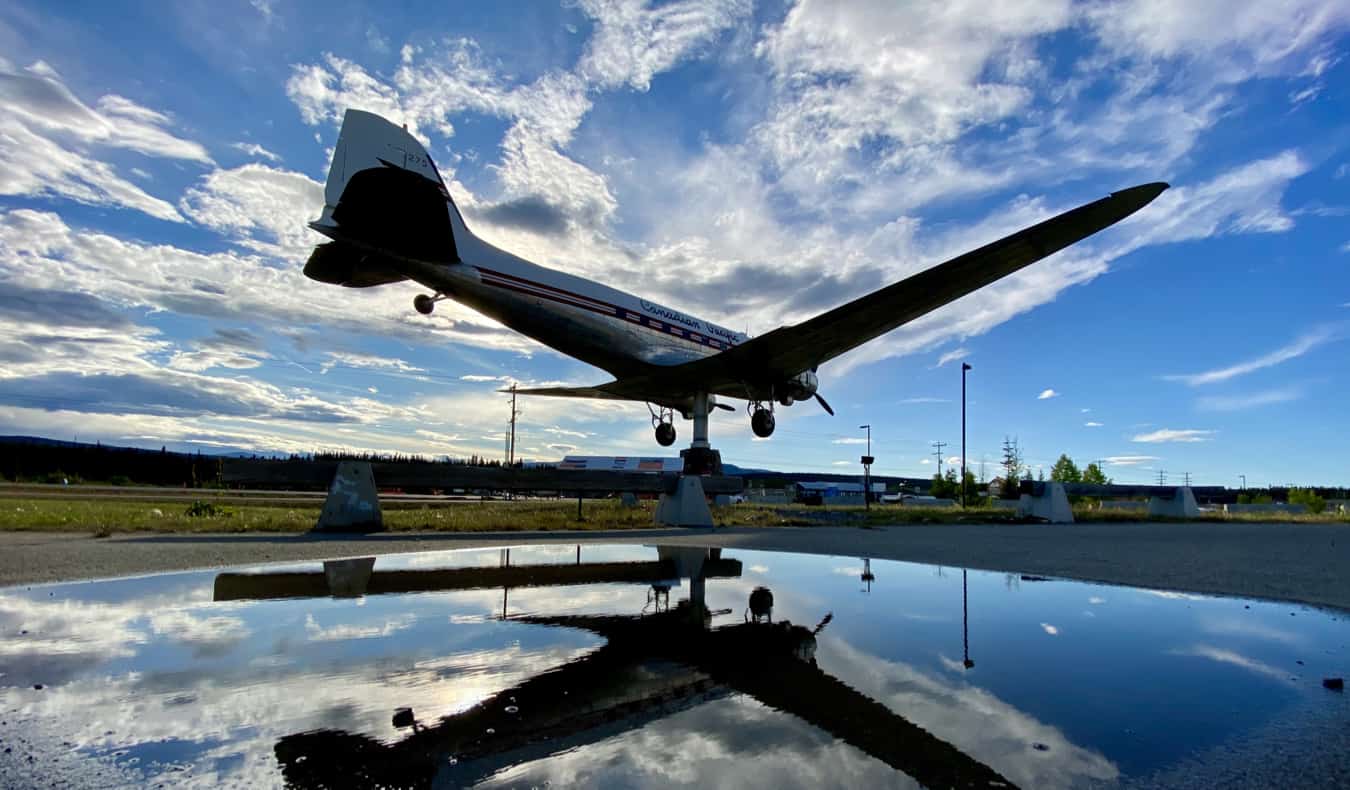 Following nearly two weeks on the road in the Klondike, it’s now time for one last ride down the winding Alaska Highway and a return to Whitehorse. To complete your northern journey, here are a few things to see on the route and what to do once you’re back in town:

This two-week itinerary covers almost all the Yukon has to offer in a reasonable amount of time, but, for the true outdoorsman or dedicated explorer, there is much more than can be seen with an additional week: Canada’s highest mountain in Kluane National Park, a perfectly preserved mining town at Keno City, and the scenic White Pass & Yukon Railroad into Alaska, just to name a few.

Yukon is one of the least explored and most underrated parts of Canada. It’s the perfect place for a road trip, to get away from the crowds, and to get closer to nature. Enjoy!

Ethan Jakob Craft is a journalist, dual American-Canadian citizen, and lifelong traveler who visited all 50 U.S. states before he could legally have a beer in any of them. Recent trips have taken him to the Arctic Circle, Mexico, Morocco, and the Azores in his long-term quest to visit every corner of the globe. Ethan is currently based in Toronto, Canada.

Book Your Trip to Canada: Logistical Tips and Tricks

Book Your Flight
Find a cheap flight by using Skyscanner or Momondo. They are my two favorite search engines because they search websites and airlines around the globe so you always know no stone is left unturned.

Book Your Accommodation
You can book your hostel with Hostelworld. If you want to stay elsewhere, use Booking.com as they consistently return the cheapest rates for guesthouses and cheap hotels.

Don’t Forget Travel Insurance
Travel insurance will protect you against illness, injury, theft, and cancellations. It’s comprehensive protection in case anything goes wrong. I never go on a trip without it as I’ve had to use it many times in the past. I’ve been using World Nomads for ten years. My favorite companies that offer the best service and value are:

Want More Information on Canada?
Be sure to visit our robust destination guide on Canada for even more planning tips!

The post How to Road Trip the Yukon on a Budget appeared first on Nomadic Matt’s Travel Site.